On January 15, 2016 a huge El Niño driven North Pacific swell slammed into Pe’ahi (Jaws) on Maui’s north shore and it became the biggest day ever paddled. Aaron Gold caught the biggest right of the day along with Pedro Calado who caught a historic size left. We recently caught up with Aaron between swells and got the scoop on the self-shaped Pe’ahi gun he rode that day. 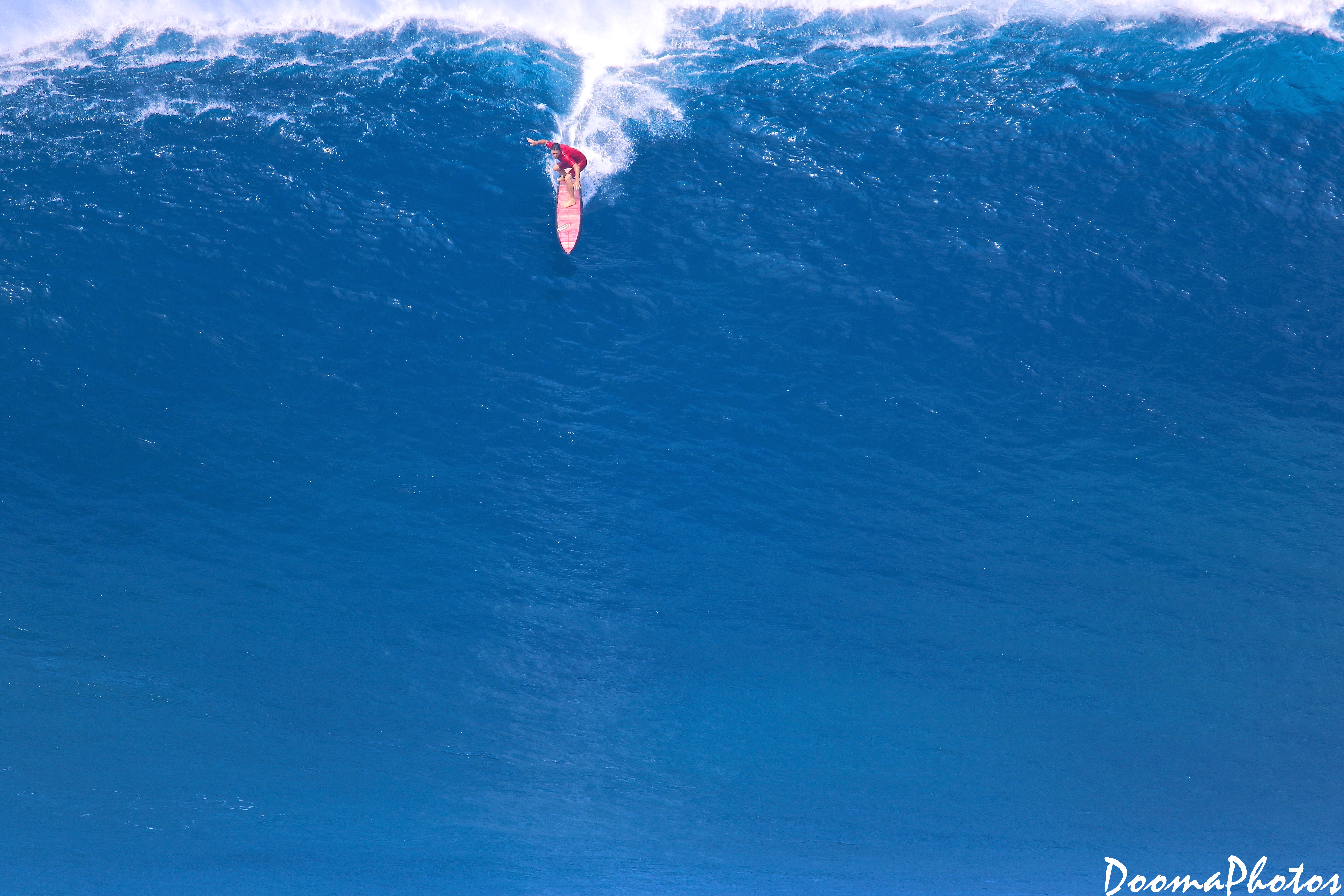 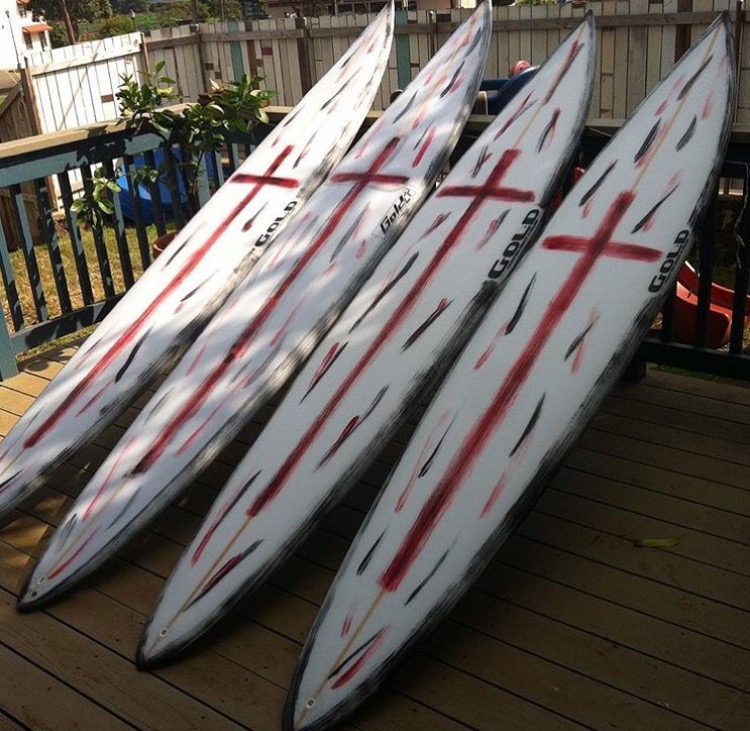 Whats the story behind the board you caught your huge right on out at Pe’ahi? What were the dimensions?

The board was a 10’2 x 20 3/4” x 3 1/4”. This board was special to me because it was the last board that I completely hand-shaped (now have on comp. so don’t have to spend as much time). The story behind this board is super classic, because everything along the way seemingly went not to plan. It’s so funny because I remember being so over planing down the volume to get it to the numbers I wanted. I just said forget it and decided to leave it. later on towards the end of the glassing process I decided to get creative with some color on deck and rails. As I brushed on the color as luck would have it the temp outside dropped with nightfall and made the resin never get completely hard on the bottom causing it to kept dripping off. Long story short I had to add a bunch more color and extra hot coat the next day to make it all come together. Needless to say the board came out looking like something straight out of a Frankenstein movie as far as color goes, but I still really liked how the overall board came out. In the end the board was a little thicker, a little heavier, and a little more colorful then planned, but from the first wave I rode on it I knew it was magic. I later nicknamed her “Black Beauty”, and saved her for only the special days. I rode some amazing wave on that board, and was sad to see it go, but am super thankful because It made me take the time to put all my boards on file.

How long have you been shaping boards?

I have been shaping boards off and on since I was about 12 and I’m 34 now.

What do you need in a board to get into a wave like that?

It’s super hard to say what kind of board you need to ride a really big wave. I don’t think there is a wrong or right combination, but rather a good combination of board for the style of surfer riding it . My boards for big waves are a lot different than most guys are riding. They are a bit shorter, narrower, and a lot thinner. However, I make them that way because I tend to sit underneath and whip around late and in most cases knifing it down the face. Most guys like to get in early and for that you can get away with different boards. In general if you wanted to catch a big wave you would need a board in the 9’6” and up range and suited to what you are comfortable with.

You unfortunately broke your board that day. Is the next Pe’ahi gun you make going to be any different?

Exact same, working on three more as we speak, minus drama of course lol.