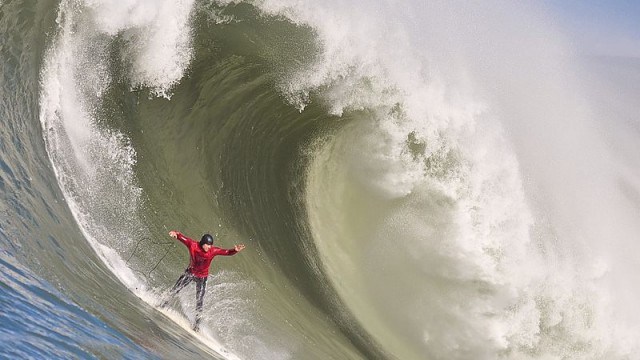 The Mavericks Invitational will be held this weekend in solid surf expected to peak on Sunday. “The waves are going to be insane, the weather is going to be beautiful, and the level of surfing will break new ground,” said Mavericks Invitational Contest Director Jeff Clark. The contest needs all variables to come together including swell and weather. The weather this weekend is expected to be sunny with calm winds and the swell is expected to have periods in the 20+ range. The swell is arriving from a intense low pressure system that developed off Japan resulting in hurricane force winds. See our previous post on the forecast here. Unfortunately, the contest directors are not encouraging spectators along the cliffs but will be setting up a big screen at the Maverick’s Festival for people to view the contest. However, we expect to get some footage of the action this weekend so stay tuned. 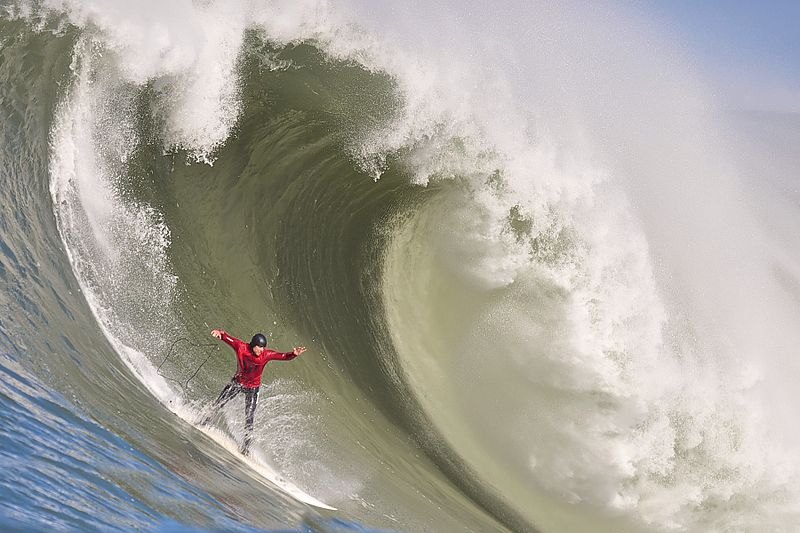