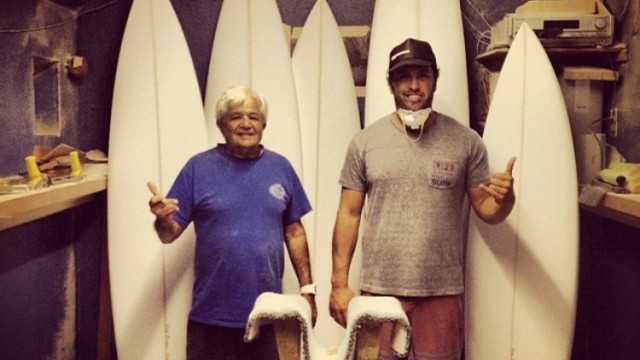 Big Wave surfer and shaper Lyle Carlson has been shaping and living alongside master board builder and craftsman Dick Brewer the past 10 years on Oahu and Kauai. So, its no surprise his boards surf as good as they look. Lyle has ridden his own shapes and Brewers out at Mavericks, Todos and Hawaii for years. Today he has guys like Grant Twiggy Baker, Jensen Hassett, Kala Alexander, Garret McNamara test riding his boards out at spots like Mavericks and Jaws.

We recently asked him few questions about his craft.

When did you start shaping?

Started by watching Ole (Bob Olson) on Maui as well as Timpone, Gerry Lopez, Dave Gott then Stamps in HB

Who were some of your mentors and influences over the years ?

Rob Reynolds was my first teacher. He Learned from Mike Minchinton and Sam Hawk. Brewer took me on as a student after writing him letters for years. Lived with him in Kauai and Oahu for over 10 years apprenticing.

Who are some of the big wave guys that have been riding your boards? 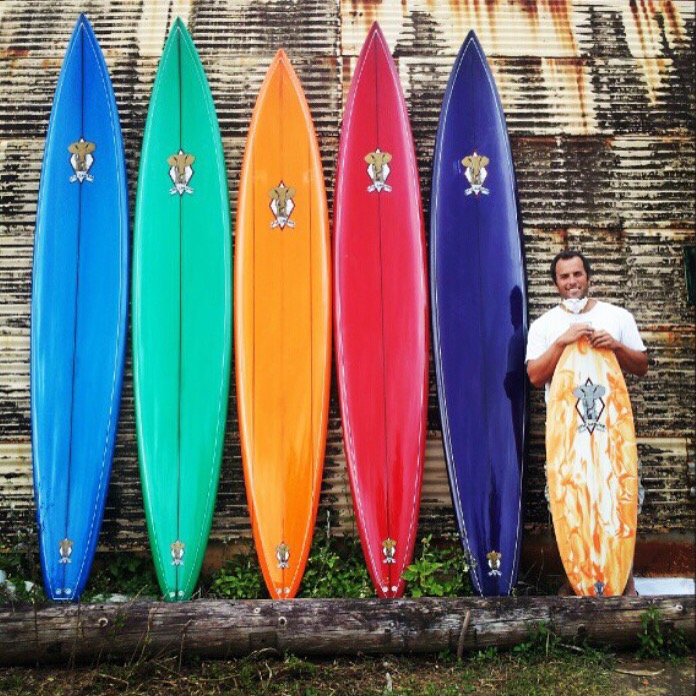 Lyle Carlson with a quiver of big wave guns and a short board Photo: Lyle Carlson (www.lylecarlsonsurfboards.com) 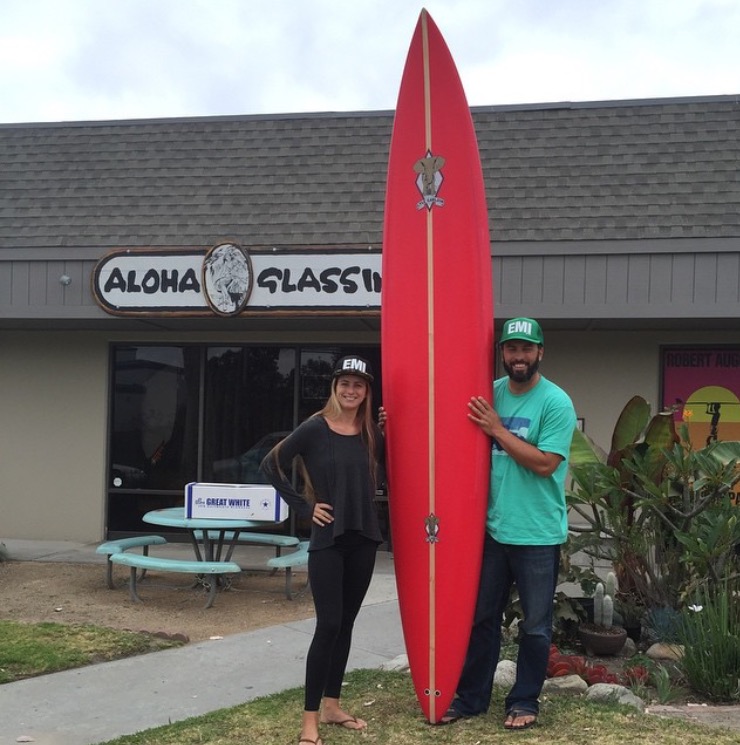 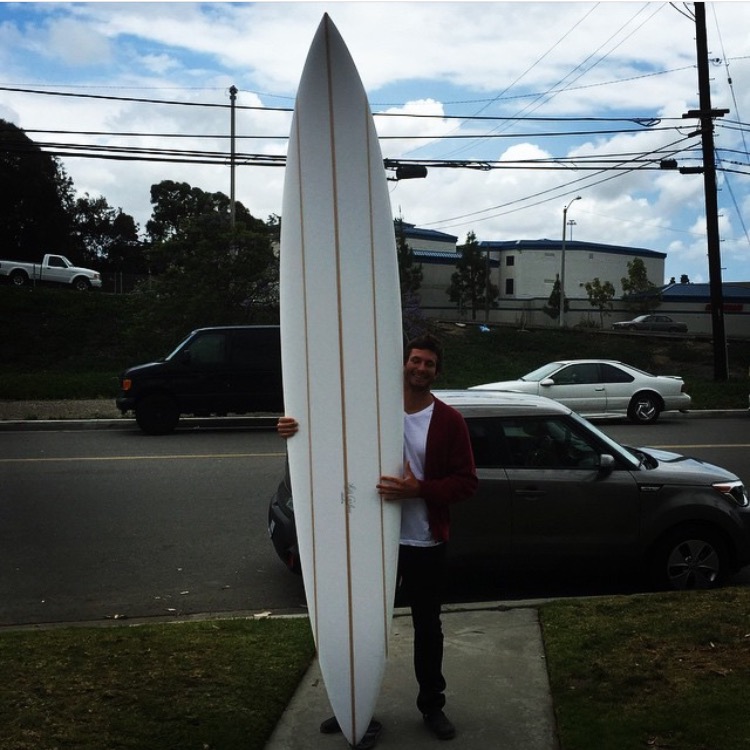 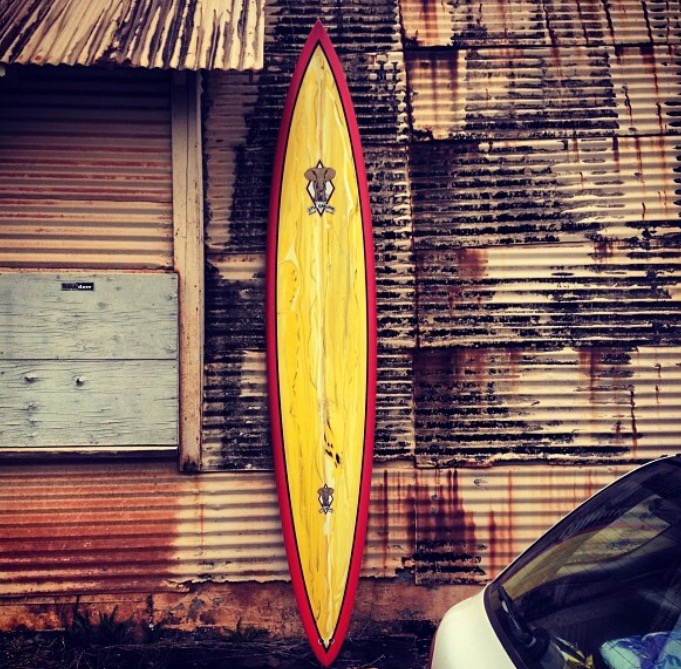 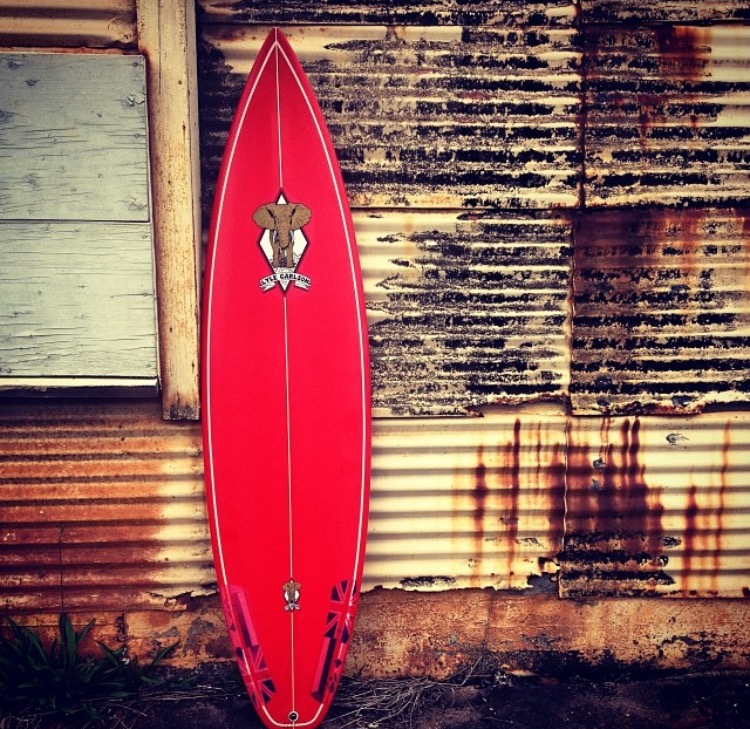