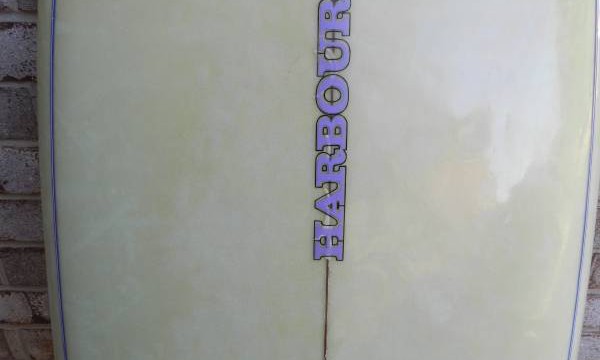 Rich Harbour built his first board in 1959 out of his garage after his long board was stolen. Harbour’s reputation grew through the 1960′s and even had Robert August, Dale Velzy and Dick Brewer shaping for him briefly. Surf legends such as Jock Sutherland rode for Harbour back then. Rich Harbour was instrumental in the innovations of board design, innovating such concepts as the channel nose and tail rocker on a long board. Harbour’s shop opened in 1962 in Seal Beach, California and is one of the oldest surfboard manufacturing shops still in existence 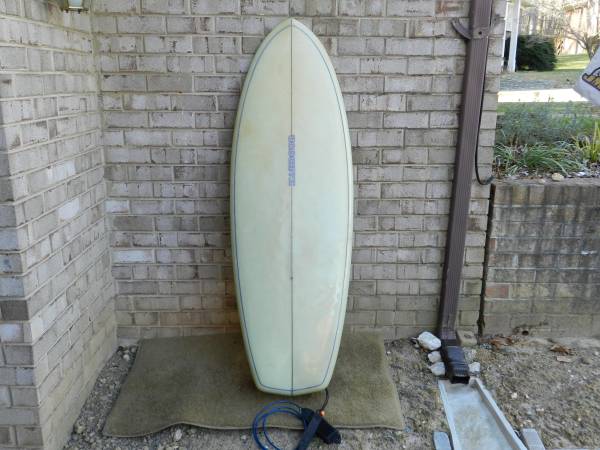 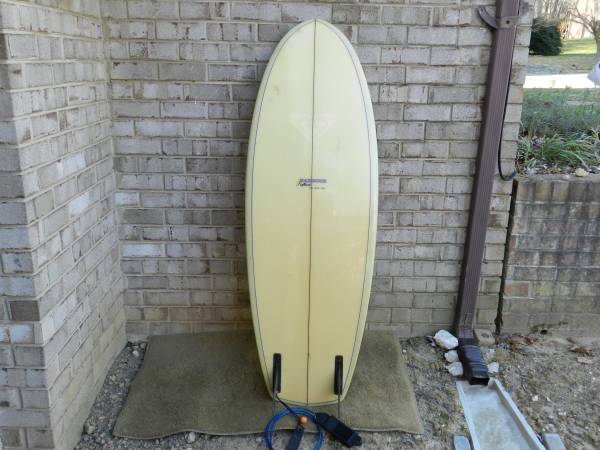 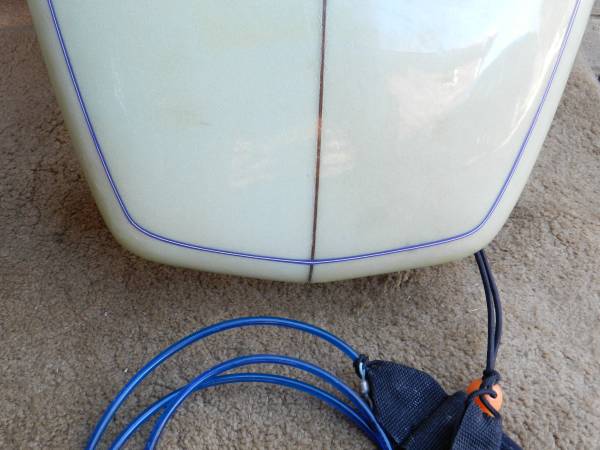 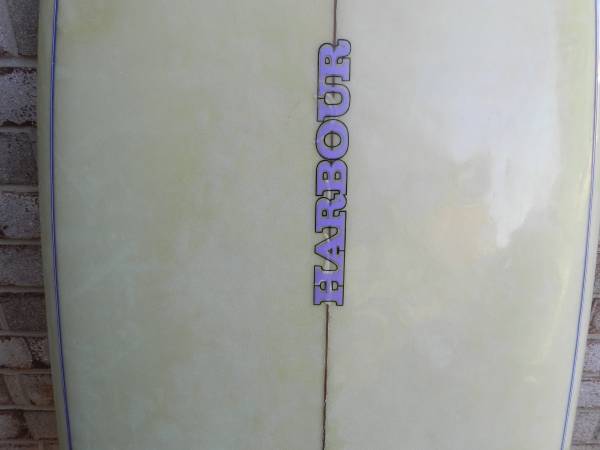 Board photos courtesy of Bruce C. of Virginia

Description: This 5’4” Harbour twin fin was purchased by its owner in 1972 in Avalon, New Jersey. It has been stored away the last 43 years. 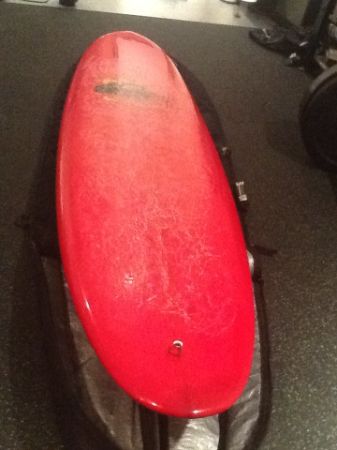