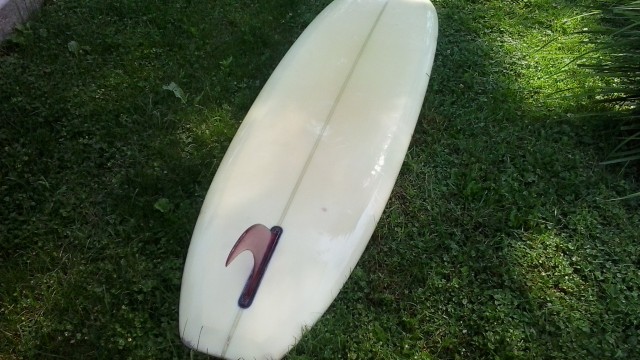 Legendary shaper Donald Takayama recently passed in 2012. His passing is a huge loss to the surf community and those who knew him. He was legendary surfer and shaper originally from Hawaii. He will always be regarded as one of the sports best shapers for his functionality and design approach to board building. If you have any photos of your Takayama’s The Surfboard Project would love to share them on this site and continue his legacy!

Donald Takayama learned to shape at the age of 12 under Dale Velzy. He grew up in Hawaii were he honed his surfing skills becoming as legendary for his surfing as his shaping. He moved to California at the age of 12 were he worked under Velzy, Bing and later Weber, were he helped designed the popular Weber Performer. Later in his career he created Hawaii Pro Designs, shaping for ASP World Tour professionals. He later went to only shaping longboards, shaping for the highly talented Joel Tudor. His original longboard model was once called by Longboard Magazine, “one of the most functional and aesthetically appealing boards ever made”. 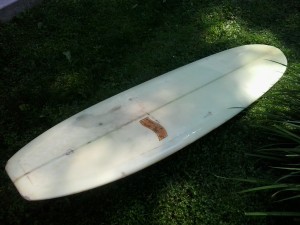 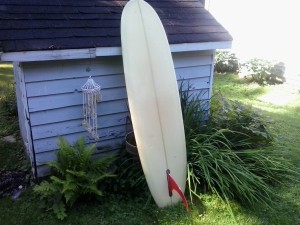 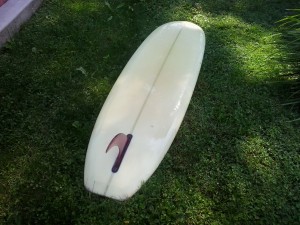 Description: Thank you to Bob Sobering for sending this one in. This is a rare Takayama board shaped under his own label Donald Takayama. Takayama protege and world-class surfer, Joel Tudor pointed out after seeing this board, ” Probably a 1969 or 1970 — Dt was shaping for Surfboards Hawaii in 1968– I’ve never seen another one like it! The Dt labale went under after the powers that be during that time had shut him off from getting Clark Foam! True Story! Surf Industry use to be like mafia! They were all scared of Donald”. 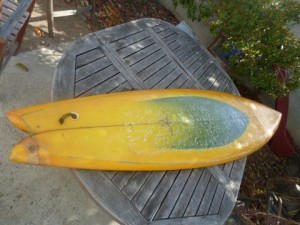 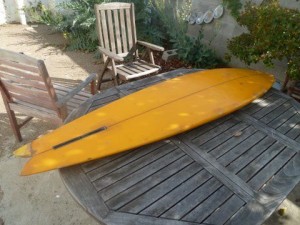