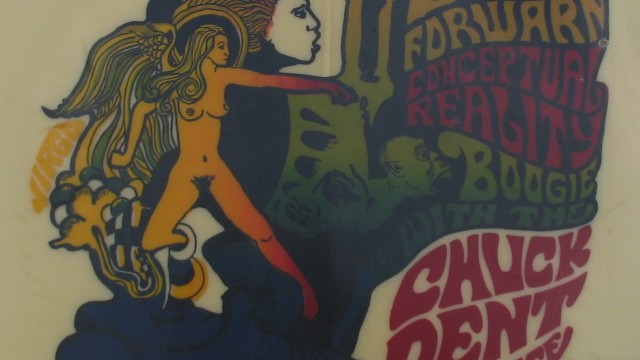 Chuck Dent was a icon of Huntington Beach in the 70′s and created a kind of cult following for his stylish and brash character. He is credited with making surf shops more retail orientated, moving them away from a place that only sells boards, leashes and wetsuits. Dent died at the early age of 35 in 1980 from a heart attack. Below are some great examples of his boards that have been sent in to us. 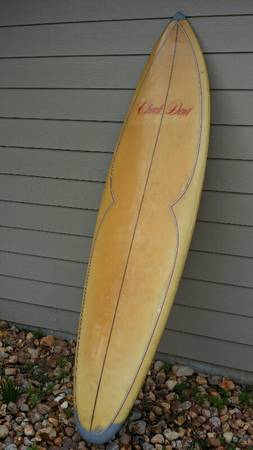 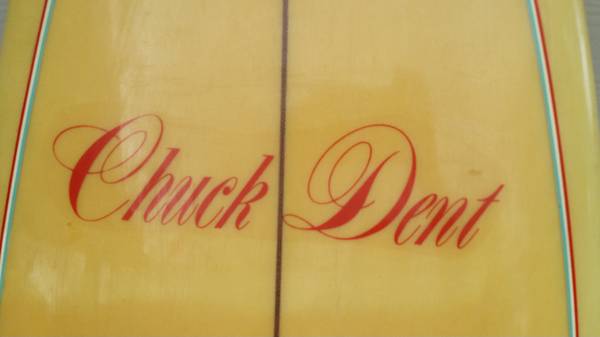 *Photo and board sent to us by David Scot Laughlin. Thanks David! 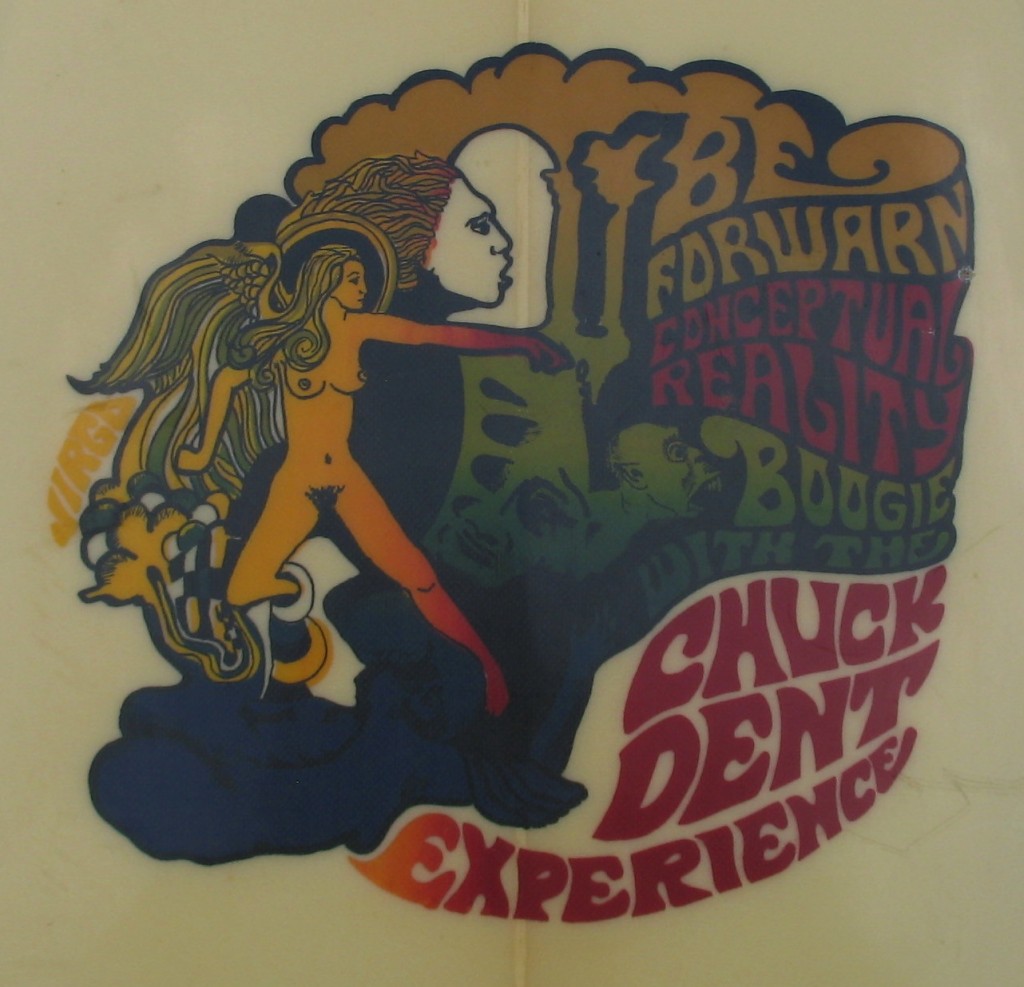 *Boards and photos from the collection of Mark and Jim Troutman

Other: Rare label as most had Jimi Hendrix on them 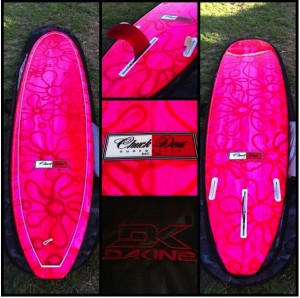 Board Type: Long Board