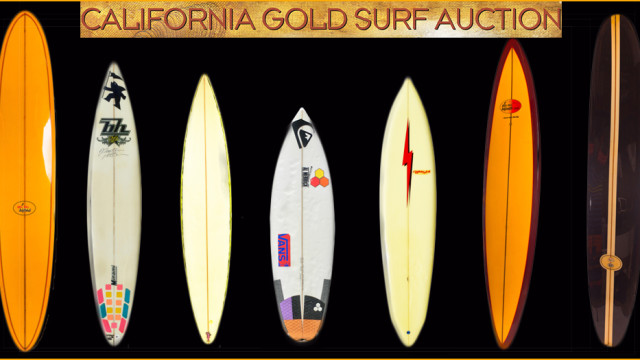 This years California Gold Surf Auction is being held online and ends on May 7. You can preview the auction and bid on boards at auctions.thevintagesurfauction.com Boards on auction include a Martin Potter Pipeline Gun, a Tom Curren Maurice Cole, more than a few Greg Noll’s, Takayama’s, Brewer’s and much more. One of the more impressive boards at auction is a Buffalo Keaulana personal rider shaped by Ben Aipa under the Greg Noll Surfcenter Hawaii label. 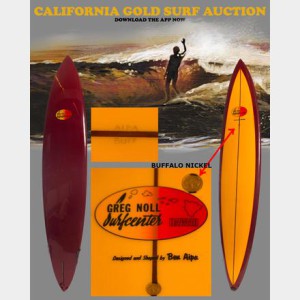 Another board that really impressed us is a 11’0” Surfboards Hawaii Buzzy Trent Model Elephant Gun shaped by Dick Brewer. Check out the auction and don’t forget The Board Room International Surfboard Show will be held May 6 & & at  Del Mar Fairgrounds. 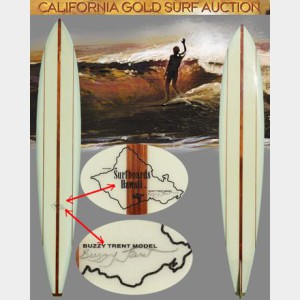